Thinking about a new camera…. 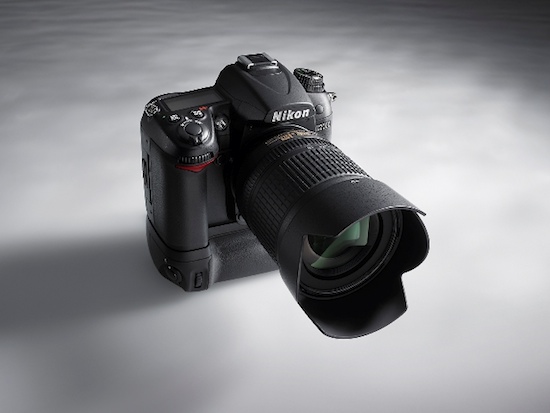 I have been considering for a long time about getting a new camera. I’m not talking about a low cost point-and-shoot (P&S) camera. I’m talking about about a heavy duty Digital Single Lens Reflex (known in short as DSLR) Camera. The differences between the two are numerous, but in a very short explanation, a DSLR camera uses a mirror (or two) to reflect the exact image, that the cameras sensor will absorb, up to the users eye in the view finder. When the shutter is triggered, the mirror moves out of the way, and the photons of light travel through the lens and are finally processed by the sensor of the camera. These cameras are the type that are seen with the huge telescopic lenses at your pro Football games. There are other grand differences: bigger sensors (from P&S) mean better processing abilities, faster frames per second (think action shots, sports, etc.), and better low-light sensitivity (think bonfires and dimly lit Christmas mornings).

Now, I have avoided getting one this entire deployment.  I traditionally go into a new hobby at about Mach 3 (1020 m/s), only finding out weeks later that I don’t really have the patience to learn how to play a $700 guitar, or I find out that my new Garmen Forerunner ($300) wont dramatically change my attitude about getting off the couch to pound out a couple miles on the track.  So it makes perfect sense when my girlfriend and mother say, “Why don’t you buy a novice DSLR instead of spending a small fortune on a decked out one?”  I dunno!!!  I just need to have the best, and I can’t compromise!  So, to reassure the critiques that I will not indulge in my techno addiction, I will say, I am not going to buy a camera…YET! That’s mostly because there’s a new promising one coming out called the Nikon D7000!  I have added two videos done by Chase Jarvis using the Nikon D7000.  They are very impressive and the hobby looks like an art form I would really enjoy.  Please click the resolution button at the bottom (“720p”) and adjust to “1080p” and blow up the video to full screen to understand how amazing this camera is and the beautiful images you can capture with it!